When a large Danish company had to implement SAP, there was a firm deadline set from the very beginning that the top project manager, Sune Slemming, was determined to adhere to. That is why he chose to take an agile approach. With over 70 staff attached to the project, of whom only a couple had any prior experience working in accordance with agile principles, he decided to bring in external assistance: Lasse Sørensen from Plan A Projects, who was attached to the project as an agile coach and later also as Scrum Master. 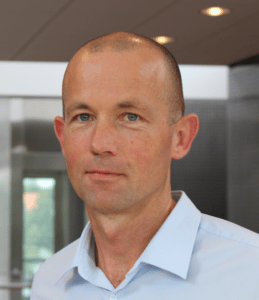 “The agile methodology was unfamiliar to the organisation, so we needed a coach,” said Slemming. “I once attended an after-work meeting where Lasse had been invited to speak about the agile methodology, so I was sure that he was the right person to ask. Not only because he had a lot to offer in a purely methodological sense, but also because I had the feeling that he was trustworthy and could function as my extended arm in the organisation.”

MADE THE METHODOLOGY COMPREHENSIBLE AND MEANINGFUL

“It has been a very large and complex project in which Lasse has without a doubt exceeded our expectations,” Slemming continued. “With so many people it can be difficult to reach everyone, but he succeeded at selling the methodology really well and making it comprehensible and meaningful to everyone involved. When you have to work in accordance with a methodology you’re not familiar with, it’s easy to put up a fight, but Lasse created an understanding as to why people had to the things they were being asked to do.”

“It was one thing for me and the other project managers to say that we wanted to run an agile project, but Lasse was the one who made that happen,” Slemming explained. “He was great at putting theory into practice and making sure that people knew how they specifically had to go about their work in accordance with the methodology.”

A few months into the project, Slemming decided to let Lasse also take over the Scrum Master role on one of the seven teams.”It was sort of my way of testing him, to see whether he was all talk,” Sune said, smiling. “It’s easy being a clever consultant and saying a whole lot, but it’s always another matter making it work in practice. I respect people who can walk the talk. Lasse’s one of them.”

“To some, it may have felt as though they were sort of being put under administration, but they quickly realised that that wasn’t why he had been brought in. It was a strong team with lots of expert knowledge, but it was healthy to bring in an outsider who was more focused on the methodology than the details. He also managed to create a really encouraging atmosphere.”

As the top project lead, Slemming has been happy to have Lasse on the team, explaining: “Lasse is great to work with because he’s not only good at explaining what he is doing, but also at asking for help if he needs it. You’re never wondering where he is, and he is incredibly persistent. That’s important in a process like the one we have been through.”

AN ANTENNA IN THE ORGANISATION

“It’s been good for us project managers to have Lasse on board as our extended arm in the organisation. He has had the opportunity to pick up on things we couldn’t and report back to us if, for example, any of the project staff were struggling and maybe needed some extra help. In that sense, he’s functioned as a sort of antenna within the organisation, which been to everyone’s benefit.”

“Lasse has also helped keep spirits high throughout the project,” Slemming added. “You can say that we hired him to perform one service, but as an added bonus he showed up with a large dose of enthusiasm and high spirits to boot. In such a large project you need someone who can keep morale high, because you know it’s going to be a long and arduous process. Methodological presentations can often be quite boring, but Lasse has managed to make it fun!”

Would you like to do as Sune Slemming and get an agile coach on your project too? Contact us here